Thousand Below: Behind The Music Video

A few months back we embarked on a journey to tag along and shoot some behind the scenes content for Thousand Below to accompany the release of a couple music videos for songs coming off their debut album. I think it's best to start this post out by trying to express the nature in which how much hard work comes along with filming a music video for not only the producer but for the band members as well. Of course with such hard work comes extremely high reward, and that's very apparent through the finished product by Mikey and the guys in the band. So to give a little bit more context so you get a feel of how the short time span we got all of this done in myself (Conner) and everyone in Thousand Below all live in various areas around San Diego, the filming of the two music videos spanned over 3 days and took place in 2 separate locations. The first being Santa Cruz, CA, being about 8 hours away from us, and the second in LA. I have to add though as well these quick bursts of extreme productivity while being draining in the moment always give you the most satisfaction at the end knowing how much you accomplished. With that being said as well with being in bands previously and now getting to be behind the camera for them, there really are only few other scenarios that bring such great joy and overall good vibes while experiencing the life of being a musician in a band. The best situation I can relate it to is to picture a time when you've been on a road trip with friends or family and everyone seems to simultaneously hit their breaking point of being too tired and pure chaos and delirium ensues. Bringing along with it some of the funniest (or dumbest) jokes you've ever been apart of with memories that last forever. This blog is going to be slightly out of order due to the timing of when the band is having each music video released, so for the sake of spoilers this blog is going to contain pictures from the final day of filming which took place at an indoor studio in Los Angeles. Be sure to stay tuned to our blog entries for part two when the second video is released. I'll link the final product here followed with pictures and short thoughts about how the day played out.

Be sure to follow these guys on all platforms. All of us over at Black Gate have been dear friends with everyone involved in this project for quite some time and it's a beautiful thing to see hard work pay off. They have some things coming up that you don't want to miss out on.

The studio had a really intricate light set up and it had all of the bells and whistles to go along with it. The fog machine was a nice touch.

All in all we probably did 20 run throughs of the song over the course of just a few hours.

The way the light reflected off of Garrets' drums makes me probably enjoy the shots of him the most. Thanks for checking out this entry! Be sure to check back for more behind the scenes style shoots for bands coming in the future as well as the part two for these guys that should be releasing in a few months. 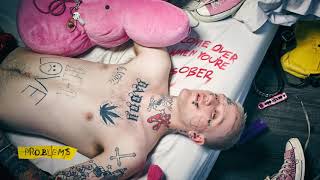